Wayne Logan

Read More
This course helped me build anchors for any situation, for any day, for any outcome. Pablo teaches a mechanism to connect to the self, to stay present, to harness your own superpowers. His music is calming, it is peace expressed as sound. Thank you, Pablo!
Leslie

Read More
Thank you Pablo for sharing your beautiful music and your healing mantras! Your course has taught me how to access my oasis of inner peace. You teach with genuine love and desire to help others find their own peace. This course has been transformational!!
Aya

Read More
Brilliant, a must! A new simple yet powerful and spiritual tool that is so easy to ground me in the present. Pablo is such a great and humble master in sharing it with grace and in a straightforward way.
Elizabeth

Read More
Life-changing. I am beyond thankful this course came to me, and I am already beginning to experience a deep sense of peace that I was previously struggling to find. I am so grateful, I now realize I had the key all along. Blessings.
Tom

Read More
A gift from the Universe. Pablo's method takes you on a blissful journey of how the mind works and helps build a sustainable practice for inner peace. The backdrop of his music adds a warm layer. I'll be coming back to deepen my learning. Namaste
Previous
Next
Learn More

Join Our Community of Love and Stillness

Learn the simple technique to achieve inner peace at any given moment and overcame challenging situations from a place of peace and grace.

“Music is the easiest method of meditation. Whoever can let himself dissolve into music has no need to seek anything else to dissolve into.” Osho

Explore different tools that will bring you to the place of stillness.  From this place, we create beauty, health, and abundance with ease and joy. 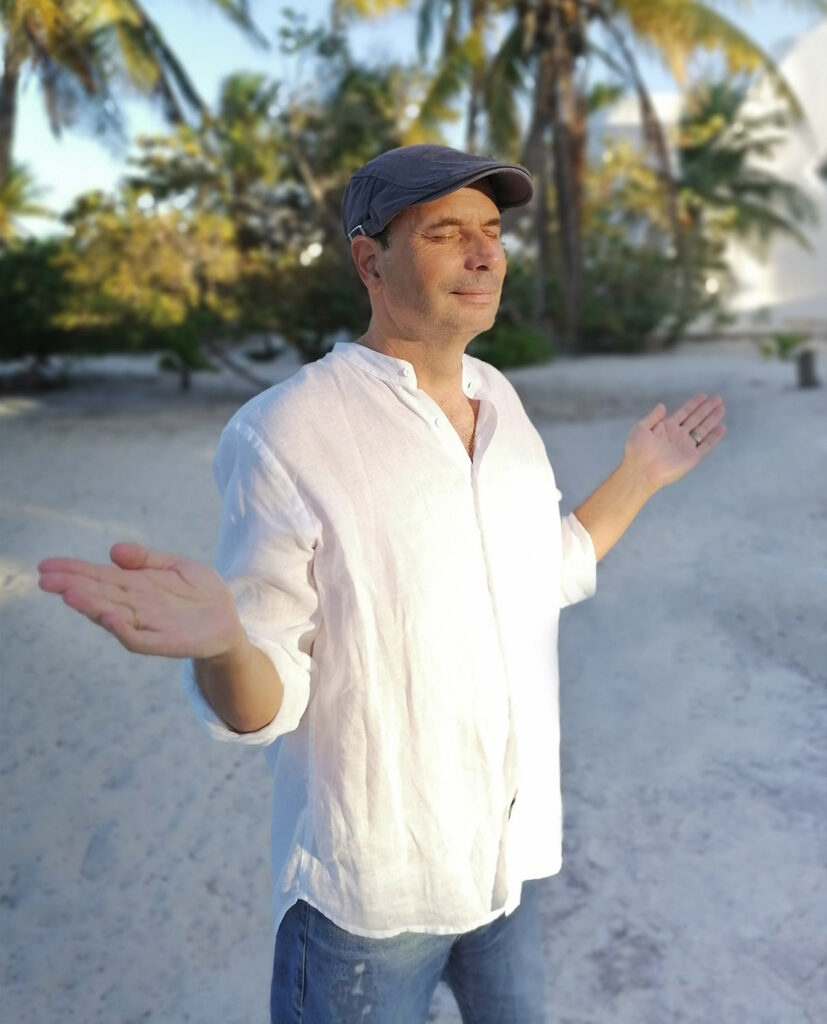 Pablo Arellano is a composer and pianist. Throughout his career, he has been passionate about creating music and courses to support relaxation and stress relief.

Through his music, he helps people to connect with their true selves to promote healing and improve their quality of life. You can use his music and meditation techniques to be anchored in the present moment and dive into inner peace.

From a place of stillness, you are able to create beauty, freedom and abundance in your life. Pablo’s mission is to reach and awaken the hearts of people around the world.

Pablo was born in 1968 in Mexico City. He started to learn about music and playing the piano at the age of four. He continued his education with different music professors throughout his youth. Furthermore, he studied music and composition at the New England Conservatory of Music based in the US.

For more than 10 years, his music career developed within TV soundtracks and advertising. He used to compose music and do post-production for TV commercials, films and documentaries. But in 1990, he published his first healing music album called Soft Passion. Since then, he has continued to create healing and relaxing music.

In 1996, he resided in the Hacienda San Francisco Cuadra with his ex-partner. They built an ashram along with a healing center where they held meditations, music therapies and workshops. More than 1,000 people from around the world attended these every year. As well, they hosted workshops with numerous leading spiritual teachers.

In 2007, Pablo created his YouTube channel where he achieved over 30 million views and 91K subscribers thus far.

In 2009 he produced, interviewed, recorded and directed a series of DVDs with different famous spiritual teachers, some of which participated in the movie THE SECRET.

Since 2015 he has published healing music and guided meditations on Insight Timer. Thus far, he has achieved 10 million plays and 66K followers.

Throughout his career, he has created and published more than 60 albums. He also collaborated with different musicians from around the globe such as Jorge Reyes, Pepe Danza, Istvan Sky, Estas Tonne, Boris Kovac, Gabor Csaba Veress. He has also collaborated with great voices like Grace Terry, Marisa De Lille, among others.

Thank You for Your Support 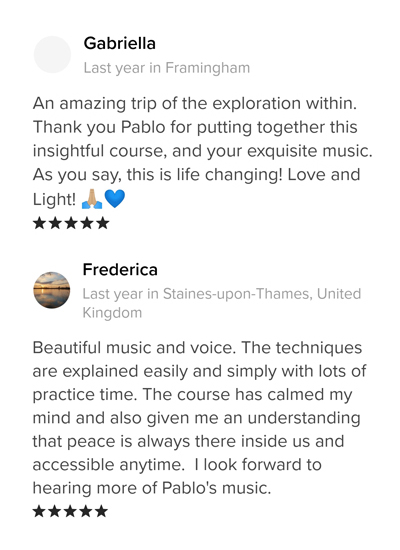 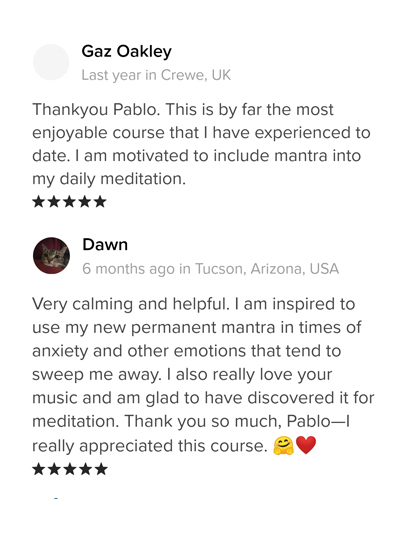 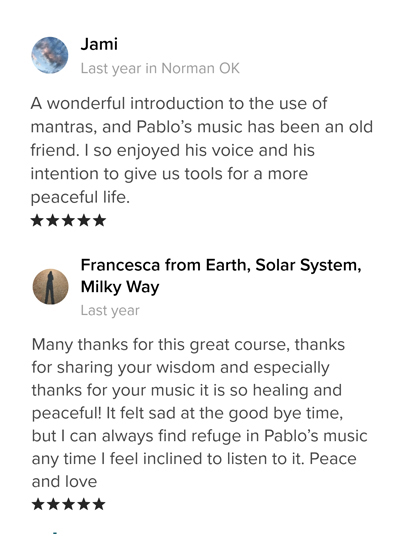 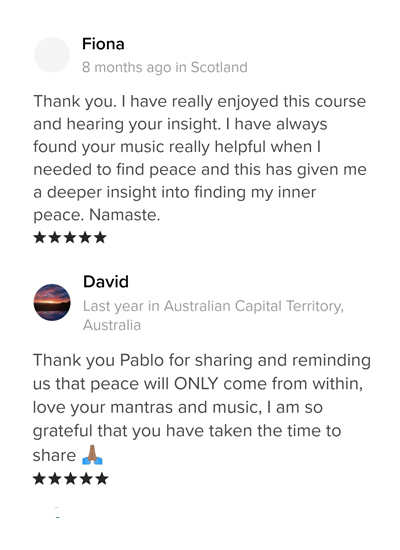 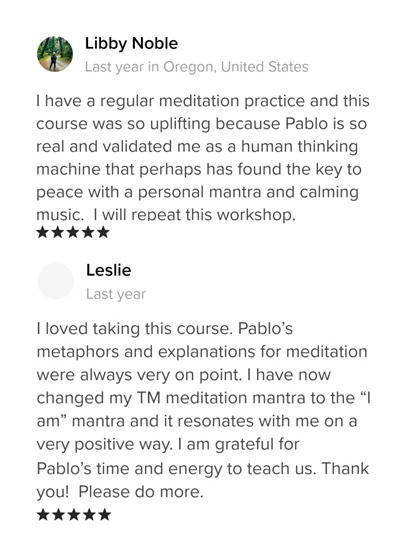 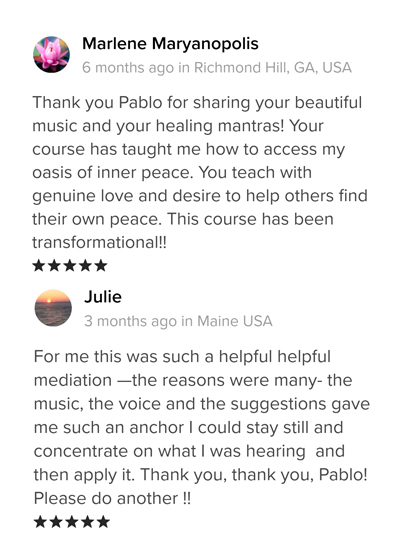 Let us know how are you doing. Send us your suggestions or if you have any doubts about our products. Be well and blessed!

Let’s Celebrate Your Birthday Together!

3 Easy Daily Practices That Will Help You
Overcome Stress, Worry, Fear and Anxiety! 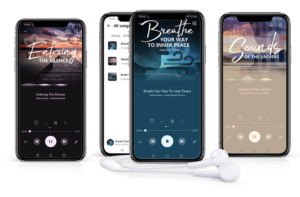